* Digital Distribution of YOUR SONG to all major online Retailers including iTunes, Google Play and Spotify.

* Production & release of your own Website & accompanying Social Media Profile.

* 12 months Career Mentorship by Stormfront Productions to professionally establish YOU & YOUR SONG.

Unless otherwise stated these are provided FREE to the WRS Winner for their 12 month tenure -
any extra costs will be notified to you in-advance & you have the right to refuse them.

ALL incomes generated during this time are returned COMMISSION-FREE to the WRS Winner.

* Professional MIDI track programming and further Session Player parts can be
negotiated within project budgets & at the discretion of Stormfront Recording.

* Your Single & Music Video will be produced, recorded & mixed in Stormfront's Whyalla (SA) studio -
with you having an integral involvement at every stage.

* It is your responsibility to cover your own travel, meal & accommodation costs for
ALL WRS sessions & activities once you accept to attend them.

Mark is a Winner of the Unisong International Song Contest (USA) and has toured
his original music all over Australia, New Zealand, Canada, USA,
United Kingdom, Belgium, France, The Netherlands & Germany.

She has worked with icons Bert Newton and John Foreman on NETWORK TEN's "Good Morning Australia" -
and in 2013 her kids charity single "Jelly Baby Song" (fully produced by Stormfront in Whyalla)
reached #3 on the Australian Childrens iTunes Chart.

Alison Won the UK Songwriting Contest and is a Winner at the South Australian Music Awards.

In addition to our professional audio and video recording studio we operate one of Regional Australia's largest
music tuition services both through Samaritan College and at our standalone private venues,
and provide professional live sound & lights productions from small to large scale.

Stormfront operates as a self-sufficient music business without any sponsorship or external funding,
for the benefit of the Regional arts & music community, and beyond. 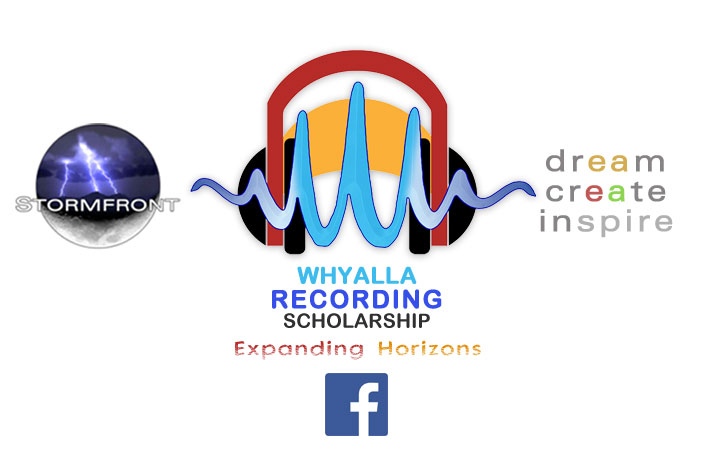